How To Encourage Employee Feedback Online 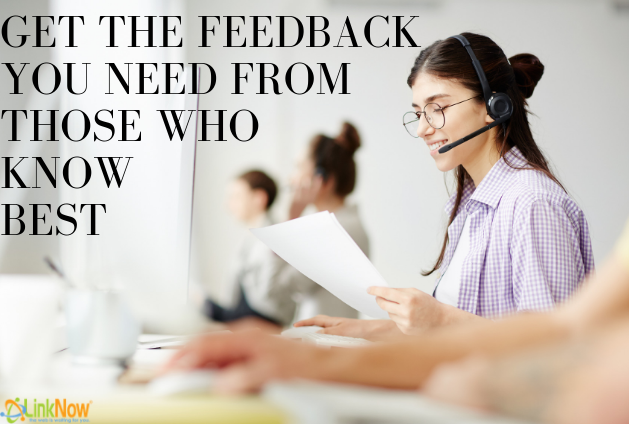 Creating a comfortable work environment for colleagues and employees is something that every company strives for. Some companies have a harder time achieving this than others. At LinkNow Media, on the other hand, we feel we’ve created the kind of environment that makes staff feel comfortable expressing their complaints and concerns.

What’s the secret formula behind a happy workplace? Unfortunately, there isn’t one. There’s no short-cut to cultivating a space where employees feel comfortable providing feedback. But that doesn’t mean it’s difficult either. A workplace with open dialogues and considerations given to every employee comment comes with patience, understanding, and mutual respect—just like in any relationship or team environment.

The Importance of Employee Feedback

When employees give feedback, it shows they have a more-than-active interest in the company. When their feedback is taken into consideration, they only feel more invested in the workplace. What employer would want to stifle that sense of dedication? Not us!

Employee feedback, whether within the office, or online via review/recruitment sites like Glassdoor, isn’t just great for morale—it’s great for your brand and future recruitment efforts. By promoting anonymous review platforms like Glassdoor, you give your employees the chance to make their opinions heard without fear of repercussions. It’s a great resource, not just for prospective employees, but also employers looking to improve their company culture and management style.

Here are some helpful tips courtesy of LinkNow Media.

Tips on How to Encourage Employee Feedback Online

There are few recruitment tools as valuable as Glassdoor. That’s because Glassdoor has the option to for employees to leave anonymous reviews. These reviews can be as detailed as one wishes, or brief and to-the-point. How can an employer or team manager persuade their teammates to leave reviews on these online review platforms like Glassdoor?

Fostering a workplace environment where employees feel comfortable speaking their mind is only half the battle. To get clients to take time out of their day to type out their feedback? How’s that supposed to happen?

Here’s a scenario: If your company is looking to fill a position in a certain department, having reviews and information on Glassdoor about the position is incredibly helpful, isn’t it? And having the right people apply for the job is especially important for employees, right? Regardless of qualifications, if someone doesn’t ‘gel’ with their employees, it can be a recipe for disaster.

How can you make sure potential applicants know whether they’d be a good fit with your team and vice versa? Ask your teammates to write up-to-date explanations of their job on Glassdoor! When
the goal is building the right team, every employee should feel invested enough to leave employee feedback and online reviews.

Another great approach to getting employee feedback is by asking newcomers. New to the job, they’re likely energized and wowed by your company’s accommodating atmosphere. Asking them to write about their first day of work on Glassdoor should be no different than writing a customer review on Yelp.

These are but a few of the ways companies cultivate a workplace where employees feel comfortable—even eager—to leave online reviews. At the end of the day, it all comes down to having a work environment with a reliable Human Resources team to deal with confidential complaints, excellent team leaders, and an office that feels like more than just a workplace. 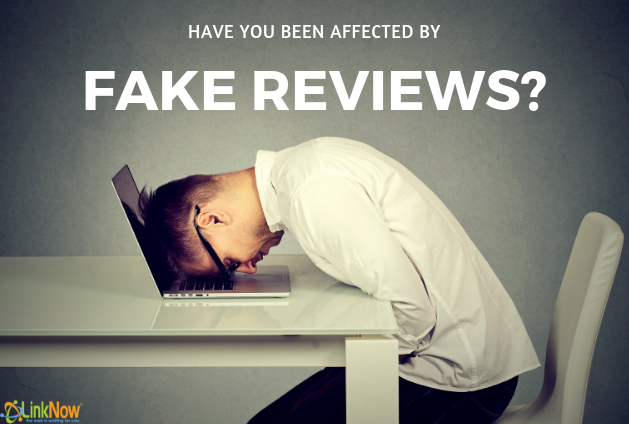 Throughout the past months, we’ve been writing a lot about the ways that review platforms like Yelp and Google control fake reviews. Google, for example, began systematically deleting anonymous reviews last spring in an effort to make it more difficult for black hat SEOs to do negative SEO attacks.

Unfortunately, it didn’t quite solve the problem. Although Google users can no longer post anonymously, they can still create fake profiles and use them to target the competition.

This is exactly what happened in early December, when small businesses across the U.S. and the world were suddenly bombarded with fake 4-star reviews.

Read on if you want to learn how to protect yourself from the next attack.

What We Know About The December Fake Review Attack

Although no one knows who was behind the fake review attack or what their endgame was, we do know a few things.

It appears that around 37 fake profiles were used to leave over 3 million 4-star Google reviews. When you divide it up, the average profile left around 81 000 ratings—in a matter of days. The small business owners affected by the attack were left confused and worried about their rank on Google.

After all, even though the reviews were all 4-star, many business owners speculated about whether they’d be punished for artificially inflating their rating.

Luckily, the sheer scale of the attack was enough to set Google in motion straight away. Within 5 days they had taken all (or nearly all) of the fake reviews offline. But even though the ratings returned to normal those affected still don’t have the answers they need.

Possible Motives For The Attack

After reviewing the affected businesses, it’s still unclear why they were targeted and not others. In many ways it appears to have been random. The only thing that connects all the victims together is that they were typically small businesses.

Many people asked why 4-star reviews were used for the attack rather than 1 or 2-star reviews. Perhaps it was an attempt to veil the attack in the hopes that Google would punish many of those businesses for inflating their ratings.

Although it’s pure speculation, there’s also the possibility that this was a kind of test operation—an attempt to work out a plan of action for another attack that would be subtler and on a larger scale. It’s hard to say exactly, but we’re happy it’s been taken care of.

It could’ve also been an attempt show that Google reviews are not so legitimate as they’d like them to appear. Vulnerabilities like the ones the attack made visible, serve to disrupt Google’s own trustworthiness­­—and the irony isn’t lost on us!

Why Is It Important To Understand Fake Reviews?

At LinkNow Media, reviews and ratings form a large part of our reputation management strategy. From the point of view of conversion, we know that most clients will check Google reviews before making a purchase.

The problem is not just related to conversion either. It’s also about trust. A lot of web traffic is the result of business listing website clicks. Business owners with untrustworthy reviews may experience sudden traffic drops simply due to clients opting for the competition.

It’s worth keeping in mind that Google establishes rankings with the trustworthiness of your online presence in mind. If you have fake reviews on Google (and elsewhere), you could find yourself running into problems with your rankings.

Keep track of who is reviewing your listings and what they are saying. Be vigilant. All the time. Every day.

If you notice suspicious activity, report it to Google. Take a look through SEO blogs to see if anyone’s talking about an attack. If you’re not sure about it or would like some advice, call LinkNow Media to speak with one of our SEO experts!